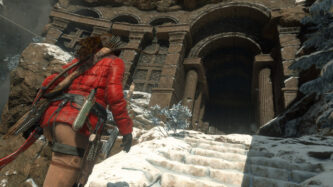 Rise of the Tomb Raider: 20 Year Celebration includes the base game and Season Pass featuring all-new content. Explore Croft Manor in the new “Blood Ties” story, then defend it against a zombie invasion in “Lara’s Nightmare”. Survive extreme conditions with a friend in the new online Co-Op Endurance mode, and brave the new “Extreme Survivor” difficulty. Also features an outfit and weapon inspired by Tomb Raider III, and 5 classic Lara skins. Existing DLC will challenge you to explore a new tomb that houses an ancient terror in Baba Yaga: The Temple of the Witch, and combat waves of infected predators in Cold Darkness Awakened. Repacklab.com sexy games

In the wake of her father’s death, Lara’s uncle challenges her ownership of Croft Manor. Lara must explore her childhood home in the new “Blood Ties” story mode to reclaim her legacy and uncover a family mystery that will change her life forever. In “Lara’s Nightmare” hordes of the undead overrun Croft Manor, and Lara must defend it before the nightmare overwhelms her! “Blood Ties” includes over an hour of additional single player story, as well as community challenges with card modifiers that allow you to compete against your friends’ scores in “Lara’s Nightmare”. 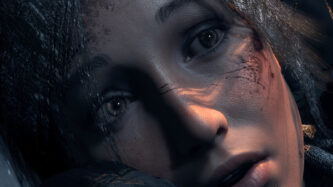 This pack also includes five classic Lara Croft skins, an outfit and weapon inspired by Tomb Raider III, and the new “Extreme Survivor” difficulty setting for the main campaign. With over an hour of new story, a replayable combat mode, classic skins, a new outfit and weapon, and a new difficulty mode, this is the perfect way to celebrate 20 years of the iconic Lara Croft. You have to solve the mistery of Lara’s missing mother in her parental home the Croft Manor, Not a single bullet shot or weapon showed up in this story mission, just calm searching for documents and relics, you have to put pieces together to solve not so hard, yet enjoyable puzzles. after you completed it you can still wander in the house for more relics and docs. Left 4 Dead 2

The Temple of the Witch

Deep in the wilds of Siberia lies a forest that no man will enter, where a Soviet expedition vanished without a trace. Lara enters the Wicked Vale in search of a missing man, but she finds a nightmare that defies explanation. Is the witch, Baba Yaga, haunting the forest? Or is there more to the myth? Featuring three hours of new gameplay, Lara will face new adversaries, explore a new tomb, solve a decades old mystery, and face off against an ancient evil. Includes a new outfit, and a new bow. 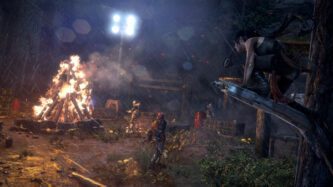 This essentially starts off as another “help the natives” side mission: you offer to help Nadia, a young Remnant, track down her gramps who’s off to kill the wicked witch of the Vale. After a few basic tasks, the story turns into something more—it’s an additional 2 hours (taking your time) of enjoyably spooky gameplay. A decent narrative, if a little short and on the nose. Worth it on a sale if you’re eager for some more TR action. If your IQ is above 80, you’ll see the “plot twist” coming since the very start, and the reveal comes so quickly it’s not even surprising. I thought “they can’t be serious, there has to be more depth”, but within an hour I was already in the final boss fight, which was outrageously easy (even on survivor difficulty), and after that it’s all honey and flowers for the 3 new characters introduced. That’s it, that’s the DLC. Half Life 2

Decommissioned during the Cold War, a dormant weapons research base has been breached, unleashing a mysterious affliction into the Siberian wilderness that transforms men into blood-thirsty, mindless killers. Lara must overcome increasingly dangerous waves of these infected adversaries while scavenging their equipment and crafting additional gear on the fly, in kill or be killed survival-combat. 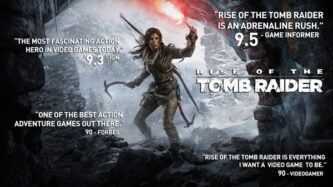 Fight for your life against new enemies and complete new challenges, while discovering a way to stop or perhaps even reverse this impending catastrophe. Includes the Ushanka outfit, which reduces Lara’s damage from melee attacks, the devastating Voidhammer shotgun, and the Cold Darkness Awakened Card Pack which includes over 15 new Expedition Cards. Seriously, you spend 10€ on a DLC hoping for a thrilling story, guns and bullets, hoards of enemies and adrenaline rushes… and this is what you get: a story with the complexity of a children’s book that can be finished before you start getting immersed into it. No character development, a very small new area and boring collectibles (there’s nothing to examine, just audio logs). It’s so obvious that they cut this off the base game to sell it separately, it’s sickening. Killing Floor 2